Before There Was Christmas 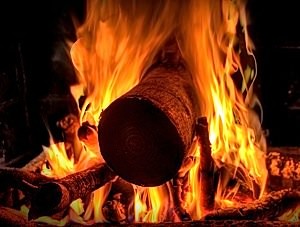 Did you know that some of our Christmas traditions actually started before the birth of Christ?  Centuries before Christ was born, ancient Norwegians greeted winter with a festival they called “Jul.”  On the winter solstice, the longest night of the year, they ventured into the woods, cut down an evergreen tree and brought it inside.  This served as a reminder that some things survive even the harshest of winters and they could, too.  They also brought home the largest log they could find and set it on fire.  Each spark represented a pig or calf that would be born in the spring. For as long as the “jullog” burned the festival continued, traditionally 12 days.

To celebrate the hardy Norwegian spirit, I selected a song that celebrates triumph over the bleakness of the dark winter.   “In the Bleak Midwinter” was voted top Christmas Carol in 2008 by BBC Music magazine.

Our God, Heaven cannot hold Him
Nor earth sustain;
Heaven and earth shall flee away
When He comes to reign:
In the bleak mid-winter
A stable-place sufficed
The Lord God Almighty,
Jesus Christ.

Angels and archangels
May have gathered there,
Cherubim and seraphim
Thronged the air –
But only His mother
In her maiden bliss
Worshipped the Beloved
With a kiss.

What can I give Him,
Poor as I am?
If I were a shepherd
I would bring a lamb;
If I were a wise man
I would do my part;
Yet what I can, I give Him –
I will give my heart.

3 Responses to Before There Was Christmas