Silent Night. The History of a Famous Carol 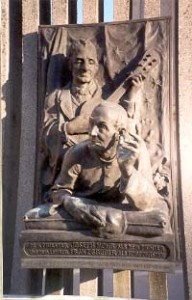 Christmas Eve 1818. The carol “Stille Nacht! Heilige Nacht” was heard for the first time in a village church in Oberndorf, Austria. The voices of assistant pastor, Father Joseph Mohr, and choir director, Franz Xaver Gruber, rang through the church. accompanied by Father Mohr’s guitar. On each of the six verses, the choir repeated the last two lines in four-part harmony.  A song was born that would wing its way into the hearts of people throughout the world. Now translated into hundreds of languages, it is sung by untold millions every December. From small chapels in the Andes to great cathedrals in Antwerp and Rome.

Though meant for a performance in a church, “Silent Night” was composed for guitar. That is rather unusual for those days. Joseph Mohr’s guitar still can be seen at Hallein’s Franz Gruber Museum.

Today books, films, and Internet sites are filled with fanciful tales purporting to tell the history of “Silent Night.” Some tell of mice eating the bellows of the organ, creating the necessity for a hymn to be accompanied by a guitar. Others claim that Joseph Mohr was forced to write the words to a new carol, in haste, since the organ would not play. A recent film, created for Austrian television places Oberndorf in the Alps and includes evil railroad barons and a double-dealing priest, while a recent book by a German author places a zither in the hands of Franz Gruber and connects Joseph Mohr with a tragic fire engulfing the city of Salzburg.

You can read claims that “Silent Night” was sung on Christmas Eve in 1818 and then forgotten by its creators. Of course, the latter is easily discounted by manuscript arrangements of the carol by both Mohr and Gruber which were produced at various times between 1820 and 1855. In this age of tabloid journalism, it’s not surprising that some feel it necessary to invent frivolous anecdotes and create fables for a story that is quite beautiful in its simplicity.

A young priest in Mariapfarr. The words for the carol we know as “Silent Night” were written by Joseph Mohr in 1816. He was a young priest assigned to a pilgrimage church in Mariapfarr, Austria. His grandfather lived nearby. One could imagine him coming up with the words while walking through the countryside to visit his elderly relative. The fact is, we have no idea if any particular event inspired Joseph Mohr to pen his poetic version of the birth of the Christ child. The world is fortunate, however, that he didn’t leave it behind when he was transferred to Oberndorf the following year (1817).

On December 24, 1818, Joseph Mohr journeyed to the home of musician-schoolteacher Franz Gruber. He showed his friend the poem and asked him to add a melody and guitar accompaniment. This is because he wanted to sing it at Midnight Mass. His reason for wanting the new carol is unknown. Some speculate that the organ would not work. Others feel the assistant pastor, who dearly loved guitar music, merely wanted a new carol for Christmas.

via Silent Night. The history of a famous carol.

This will be my final post on the topic of Christmas music. I wish all of you a very Merry Christmas and a happy New Year. 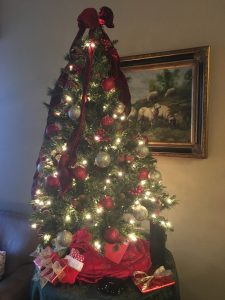 We all have Christmas traditions. Our’s start with food. Linda has a recipe for fruitcake passed down from her grandmother. Our Christmas eve dinner will be tamales smothered in chili. In San Antonio you have two choices: 1) order your tamales well in advance and stand in long lines to pick them up. 2) know someone who makes them by hand. Thankfully, Milagro has connections. She brought me two dozen. On Christmas day Linda prepares beef tenderloin steaks with her signature trimmings.

Movies and Other Activities 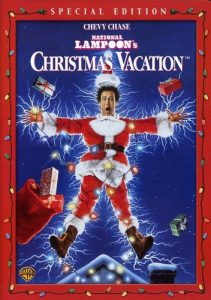 We squeeze in our favorite movies during the Christmas holiday. Our list includes:

We will play games, work jigsaw puzzles, and eat too much candy. Linda and the girls will go on a shopping spree. I will watch football or basketball. However, we just enjoy time together.

A Different Kind of Christmas

Some of us will spend this Christmas without someone who has always been there. I think of mom’s Christmas 2017 without dad. Or my in-laws in Kansas City whose traditions no longer include my mother-in-law who is in memory care.

In November I received news that one of my fraternity brothers, Randy Driver passed. This hit me particularly hard for a couple of reasons. First, he was only one year older than me. Second, his wife was a childhood friend. Cyndi Herrick Driver my heart grieves with you today. Also, the Hickman family lost one of my cousins this year. Jeff and Cheryl, I pray that your mother, Loretta rests in peace.

So today as you enjoy your holiday traditions say a prayer for those experiencing a different kind of Christmas this year. 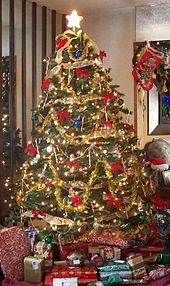 Recently Christmas songs are often introduced in theater, television, film, or other entertainment media. Popular Christmas songs tend to be specifically about Christmas or have a wintertime theme. They are typically not overtly religious. The most popular set of these titles has been composed and performed from the 1930s onward. Heard over airwaves, on the Internet, in shopping centers and elevators, even on the street during the Christmas season. “Jingle Bells,” “Jolly Old Saint Nicholas,” and “Up on the House-Top,” however, date from the mid-19th century.

The largest portion of these songs in some way describes or is reminiscent of Christmas traditions. In other words how Western Christian countries tend to celebrate the holiday. For example, with caroling, mistletoe, exchanging of presents, a Christmas tree, feasting, jingle bells, etc. Celebratory or sentimental, and nostalgic in tone, they hearken back to simpler times with memorable holiday practices. In essence, expressing the desire either to be with someone or at home for Christmas.

Many titles help define the mythical aspects of the modern Christmas celebration. For example, Santa Claus bringing presents, coming down the chimney, being pulled by reindeer, etc. New mythical characters are created, defined, and popularised by these songs. “Rudolph the Red-Nosed Reindeer” and “Frosty the Snowman” were both introduced by Gene Autry a year apart (1949 and 1950 respectively).