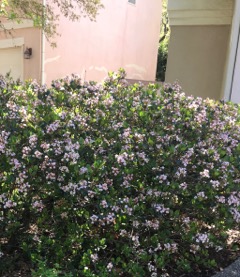 Today is the first day of Spring. (or the first day of fall if you live in Australia). I hope where you are that you are beginning to see new growth on plants that were destroyed by the hard freeze of winter. In January we experienced a hard freeze that killed the foliage on my perennials. A few years ago we lost a large percentage of our landscaping during an exceptionally cold winter (by San Antonio standards). Therefore I am always a little nervous until I see evidence that my plants have survived. Normally things begin to start turning green around late February or early March. This year unseasonably warm temperatures in February gave us an early Spring.

Although changes happen all year they are perhaps most obvious in the Spring. Landscapes turn from brown to green right before our eyes. Seemingly dead branches on deciduous trees sprout new leaves. Spring rains awaken those plants that had been lying dormant throughout the winter. Flowers begin to bloom. 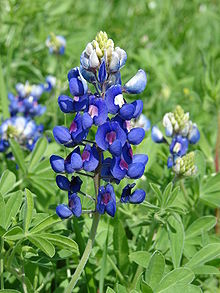 In Texas wildflowers cover the land alongside our highways courtesy of Lady Bird Johnson. As First Lady, Lady Bird started a capital beautification project (Society for a More Beautiful National Capital). It was intended to improve physical conditions in Washington, D.C., for both residents and tourists, by planting millions of flowers, many of them on National Park Service land along roadways 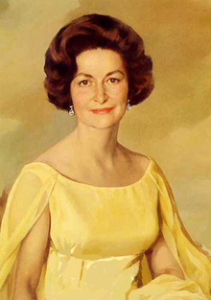 around the capital. She said, “Where flowers bloom, so does hope.”

She worked extensively with American Association of Nurserymen (AAN) executive Vice President Robert F. Lederer to protect wildflowers and promoted planting them along highways. Her efforts inspired similar programs throughout the country. She became the first president’s wife to advocate actively for legislation when she was instrumental in promoting the Highway Beautification Act, which was nicknamed “Lady Bird’s Bill.” It was developed to beautify the nation’s highway system by limiting billboards and by planting roadside areas.

These miracles happen everywhere, every day. Sarah McLachlan wrote a song to help explain this phenomenon. Ordinary Miracle is the theme song from Charlotte’s Web. She sang Ordinary Miracle at the 2010 Winter Olympics’ opening ceremonies.