Letter to My Live Oaks 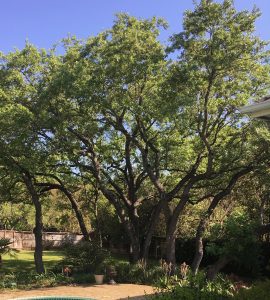 Forgive my impatience. You seem to be taking longer this spring to emerge from your winter hibernation. I understand your need to drop acorns everywhere. After all, we have a built-in desire to procreate and leave a legacy. And obviously, you can’t grow new leaves without shedding the old. Perhaps it is my old age, but it seems to be taking you much longer than usual for your annual molting 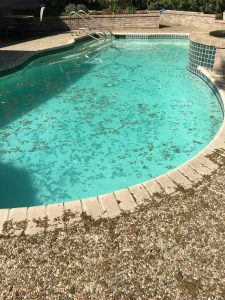 Don’t get me started on your pollination cycle. You may think those things are flowers. But they are ugly and wreak havoc on my pool skimmers. And that yellow dust is everywhere. How much longer must I inhale these pesky allergins?

I hear your fancy Latin name is Quercus fusiformis. However, most people know you as escarpment live oak, plateau

As I pen this letter it occurs to me that you have been here a lot longer than me. Perhaps you were here when Davy Crockett and Jim Bowie were defending the Alamo. I guess that makes me the invader. So I thank you for allowing me to share this little corner of the Texas Hill country with you. Your presence is the centerpiece of my landscaping and I can’t imagine life without you.

“Without You” is a song written by Pete Ham and Tom Evans of British rock group Badfinger, and first released on their 1970 album No Dice. The power ballad has been recorded by over 180 artists, and versions released as singles by Harry Nilsson (1971) and Mariah Carey (1994) became international best-sellers. Paul McCartney once described the ballad as “the killer song of all time”.

4 Responses to Letter to My Live Oaks