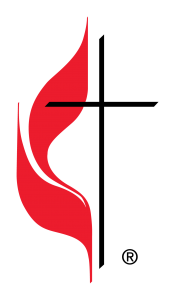 On February 26, the United Methodist General Conference 2019 delegates passed The Traditional Plan 438 to 384. The judicial council raised several constitutionality issues. They addressed these issues with amendments to the Traditional Plan.

The Rev. Tim McClendon, South Carolina, called for a vote on the Traditional Plan as amended. This affirms the church’s current bans on ordaining LGBTQ clergy and officiating at or hosting same-sex marriage.

Berlin told delegates that approving the One Church Plan did not force any pastor or church to perform same-sex marriages. Nor did it force anyone to change what they believe about the Bible. In addition the plan would allow conferences to ordain LGBTQ pastors. It would also allow churches to host, and pastors to officiate at same-sex marriages.

“If the Traditional Plan is voted in, it will be a virus that will make the American church very sick” he said. “Many pastors are going to leave, many annual conference will leave. … There will be trials, and they will be on the news. The only news about the church will be about people we don’t serve.”

Where Will We Go From Here?

Adopting the Traditional Plan is yet another milestone in the evolution of the Methodist Church. Time will tell how this ultimately unfolds. Will the church decide on an amicable separation similar to the Lutheran and Presbyterian churches?

I have family and friends on both sides of this controversial issue. Personally I disagree with the church’s position. I wish they would have adopted the One Church Plan. However, I understand and respect their decision. As Methodists we may be divided on this issue. However, we will survive.

My first encounter with a gay man came in the mid-1990s. He worked for me. We were on a business trip to San Francisco where we talked about his partner who died from AIDS. I was deeply moved by his story. Prior to that conversation I was admittedly a bit homophobic. His testimony put a human face on the issue for me. Since then I have met many gay and lesbian individuals and couples. Many of whom I consider good friends.

Regardless of what happens to the church I will try to live faithfully by the example shown by Jesus Christ.