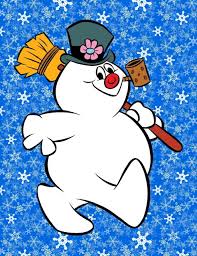 “Frosty the Snowman” is a popular Christmas song written by Walter “Jack” Rollins and Steve Nelson.  Rollins and Nelson shipped the new song to Gene Autry, who recorded “Frosty” in 1950. It was written after the success of Autry’s recording of “Rudolph the Red-Nosed Reindeer” the previous year.

Like “Rudolph”, “Frosty” was subsequently adapted to other media. For example, Rankin/Bass Productions released a popular television special Frosty the Snowman. The ancillary rights to the Frosty the Snowman character are owned by Warner Brothers. Due to the prominence of the TV special, merchandising of the character is generally licensed in tandem with that special’s current owners, DreamWorks Classics.

Rudolph Saves the Day (In More Ways Than One) 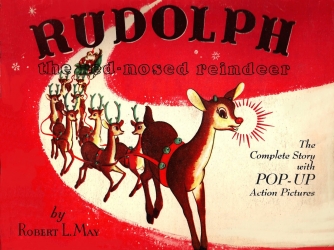 Balsam wreaths and visions of sugarplums had barely faded in the first weeks of 1939. But thoughts inside the Chicago headquarters of retail giant Montgomery Ward had already turned to the next Christmas. The retailer had traditionally purchased and distributed coloring books to children as a holiday promotion. However, the advertising department decided it would be cheaper and more effective to develop its own Christmas-themed book in-house.

The assignment fell to Robert May, a copywriter with a knack for turning a limerick at the company’s holiday party. The adman, however, had difficulty summoning up holiday cheer, and not just because of the date on the calendar. The United States was still trying to shake the decade-long Great Depression. In addition, the rumblings of war grew once again in Europe. May’s wife was suffering from cancer and the medical bills had thrown the family into debt. Sure, he was pursuing his passion to write. But churning out mail order catalog copy about men’s shirts instead of penning the Great American Novel was not what he had envisioned himself doing at age 33 with a degree from Dartmouth College.

Given the assignment to develop an animal story, May thought a reindeer was a natural for the leading role. His 4-year-old daughter, Barbara, loved the reindeer every 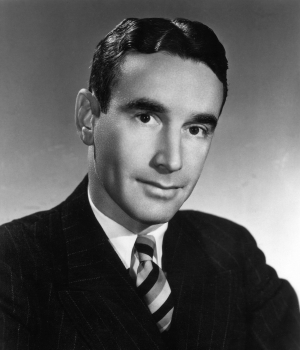 time she visited the zoo). As he peered out at the thick fog that had drifted off Lake Michigan, May came up with the idea of a misfit reindeer. One ostracized because of his luminescent nose who used his physical abnormality to guide Santa’s sleigh and save Christmas. Seeking an alliterative name, May scribbled possibilities on a scrap of paper. Rollo, Reginald, Rodney, and Romeo were among the choices—before circling his favorite. Rudolph.

As May worked on “Rudolph the Red-Nosed Reindeer” through the summer, his wife’s health worsened. She passed away in July 1939. Now a widower and single father, May refused his boss’s offer to give the assignment to someone else. “I needed Rudolph now more than ever,” he later wrote. Burying his grief, May finished the story in August.

The 89 rhyming couplets in “Rudolph the Red-Nosed Reindeer” borrow from Clement Clarke Moore’s “A Visit from St. Nicholas” right from the story’s opening line: “Twas the day before Christmas, and all through the hills/The reindeer were playing…enjoying the spills.” Hans Christian Andersen’s fairy tale “The Ugly Duckling” also inspired the storyline as did May’s own childhood when he endured taunts from schoolmates for being small and shy. “Rudolph and I were something alike,” the copywriter told Guideposts magazine in January 1975. “As a child, I’d always been the smallest in the class. Frail, poorly coordinated, I was never asked to join the school teams.”

In 1949, songwriter Johnny Marks, who happened to be May’s brother-in-law, set Rudolph’s story to music. After Bing Crosby reportedly turned down the chance, singing cowboy Gene Autry recorded the song, which sold 2 million copies in the first year and remains one of the best-selling tunes of all time.

The Dark Side of Christmas 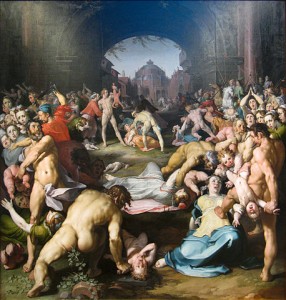 There are others in the Christmas story that are often overlooked; the mothers and their innocent children massacred by the order of King Herod.

13 When they had gone, an angel of the Lord appeared to Joseph in a dream. “Get up,” he said, “take the child and his mother and escape to Egypt. Stay there until I tell you, for Herod is going to search for the child to kill him.”

14 So he got up, took the child and his mother during the night and left for Egypt, 15 where he stayed until the death of Herod. And so was fulfilled what the Lord had said through the prophet: “Out of Egypt I called my son”.

16 When Herod realized that he had been outwitted by the Magi, he was furious, and he gave orders to kill all the boys in Bethlehem and its vicinity who were two years old and under, in accordance with the time he had learned from the Magi. 17 Then what was said through the prophet Jeremiah was fulfilled:

18 “A voice is heard in Ramah,
weeping and great mourning,
Rachel weeping for her children
and refusing to be comforted,
because they are no more.”

The “Coventry Carol” is an English Christmas carol dating from the 16th century. The carol was traditionally performed in Coventry in England as part of a mystery play called The Pageant of the Shearmen and Tailors. The play depicts the Christmas story from chapter two in the Gospel of Matthew: the carol itself refers to the Massacre of the Innocents, in which Herod ordered all male infants under the age of two in Bethlehem to be killed, and takes the form of a lullaby sung by mothers of the doomed children.  For more information see Coventry Carol – Wikipedia, the free encyclopedia.